An Alliance is a guild party system where players can work together in completing tasks and sharing its benefits.

Mega mines are territories an alliance can occupy, garrison and defend. Daily rewards are given after claiming a Mega Mine for more than 24 hours. Accessing spots near Mega Mines requires Mega Mine relocation cards that can be bought from the alliance shop. Only the leader or elders can unlock these areas by spending construction points.

Rally Attack is a method of coordinating with other members of an alliance in a given amount of time in order to attack a world map monster or another player at the same time.

Construction points are needed to raise an Alliance's level and unlock other alliance features (Alliance shop items, Alliance War, etc). Members can donate resources equivalent to construction points and in turn get alliance honor points they can use to buy items from the Alliance Shop.

The Alliance shop hosts a variety of items that members can buy with their Alliance honor. Goods are refreshed daily.

Team Raid involves members contributing damage to a Hero boss. Rewards are based on the amount of damage done. Once defeated, runes are rewarded to a random member assigned with the highest number from the lottery.

Alliance Stage also involves members contributing damage to a Hero boss. Rewards are based on the amount of damage done. Once defeated, runes are rewarded to a random member assigned with the highest number from the lottery.

Members may lend one of their heroes to another member for Bonus Tower Defense Stages. Please how to lend a hero to ally?

Alliance War is a bi-weekly competition between the top 32 alliances based on Team Raid rankings.

Magic Squares is a board game style mini game that is a competition based on your Citadel Construction points. To move in it you roll two die and pick which one you want to use as your move. The board is 60 squares around.

You can pick up items in it. Example items: Random teleport Curse (hurts whomever kills you for a number of squares) Invulnerability Free points (this will make the squares with nothing on them happen until you pass your spawn point, then they all disappear. The bonuses do not stack, so don't use more than one at a time and it'seems best to use them on or right after you pass your spawn point). Free move (you can pick which of the 6 next squares you go to). Revive / resurrect Heal Power up. 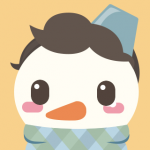 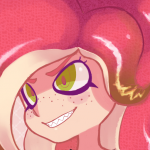 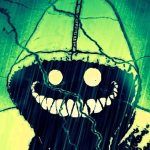