Summons the power of ghosts to deal magic damage to enemies in the area and knock them up.

Summons a ghost whirlwind to deal magic damage to enemies in the area.

Summons 3 spirits to fight for you.

Fear of ghosts causes the enemy's magic resistance to lower.

When a summoned ghost dies, Alma gets a layer of Ghost King effect. At 3 layers, the Ghost King is summoned. Ghost King HP regens when little ghosts die, and his attacks lower enemy magic resist.

You also need to collect 60 Alma Essence for the awakening

Alma is a relatively squishy hero that can regenerate a lot of energy with its ghosts. Its damage falls short compared to Diaochan or Karna (As a damage dealer), but it can distract enemies with its ghosts. Its usefulness increases when Awakened, as the Ghost King it summons lowers enemy's magic resist. Its passive skill lowers the enemy's magic resistance as well, so it pairs well with Blaine. During Malachi's event in Sky City, it's one of the heroes you can use to avoid his massive damage dealing skill. 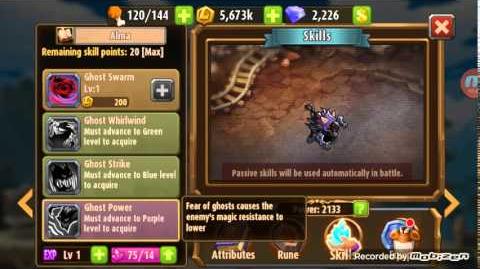 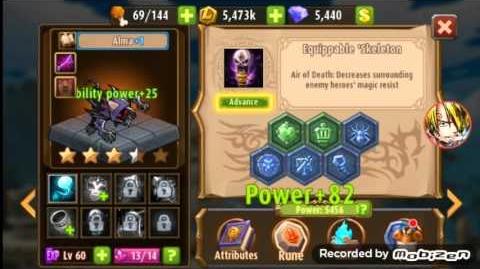