Throws a bomb at the nearest enemy, causing magic damage over a small area.

Fires blinding arrows at up to 3 random enemies in his attack radius, dealing magic damage, and lowering their hit rate and attack damage.

Casts a rainbow bomb which will float towards nearby enemies. After exploding it will deal a poison effect to enemies in the area, dealing magic damage and lowering the enemy's movement speed.

Baggins' 5th skill unlocked by the Awakening quest Let's Have Some Fun is Bullet Time. 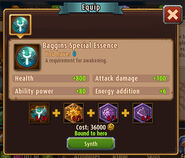 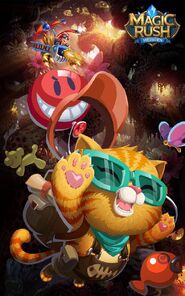