Shakes up the enemies surrounding him, dealing physical damage. Also makes himself invincible for a period of time and raises his physical attack power and attack speed.

Barrages the enemies in a rectangular area in front of him, dealing physical damage and knocking them back.

Equips himself with advanced artillery, raising his physical attack power.

After going Full Throttle, Gearz will shell the opposition with a super fast barrage, dealing

Requires 30 Soulstones to be summoned.

Most useful in Crystal Dungeon. Especially when facing the bunch of spider behind that rock. His ulti can protect him and attack them simultaneously.

This hero is good for arena too. Because of he always use his 3rd skill, he is very good for handling opponent's back row, like Ruby, Mira or even Theresa. 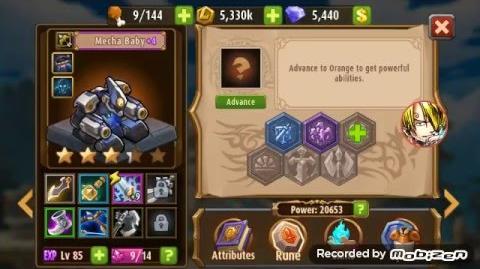 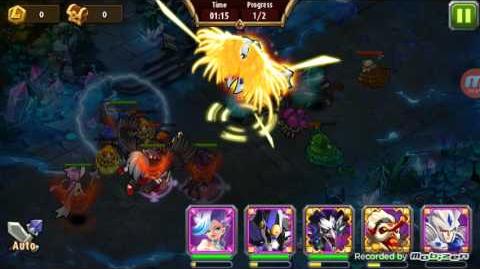 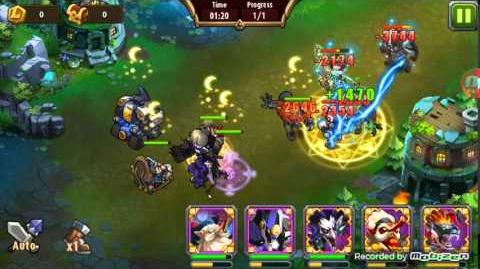 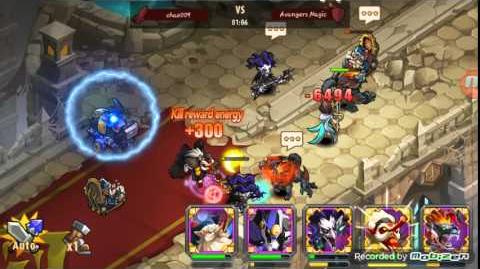 Retrieved from "https://magicrush.fandom.com/wiki/Gearz?oldid=17167"
Community content is available under CC-BY-SA unless otherwise noted.