Ladder Tourney is a cross-server battle that includes the ban system. Players will be able to fight against other players from different servers and be able to manually control their heroes like in PVE mode. Note that real-time play only applies to your side and not the opponent.

Ladder Tourney is only open for specific time frames everyday.

Check the in-game tooltip for your local time.

Victory Points are rewarded after defeating opponents. At 100 points, you get promoted to the next division.

Top Ten for Each SeasonEdit

Each one will receive 1 Castle Reef available to use for 7 days. 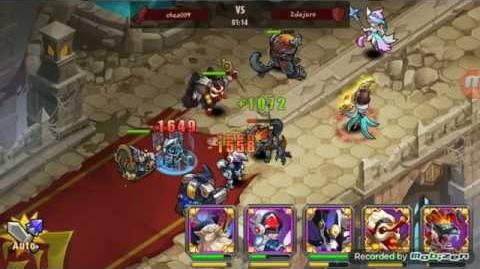 Retrieved from "https://magicrush.fandom.com/wiki/Ladder_Tourney?oldid=11150"
Community content is available under CC-BY-SA unless otherwise noted.